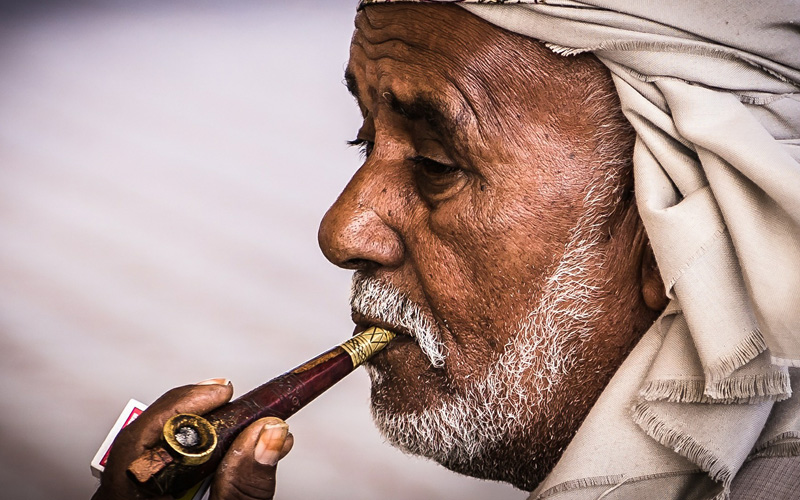 Share this story
I don’t remember what day it was.  All I know is it was hot.
Like every other day this month has been.
Hot.  Very hot.
There was a wind blowing, but nothing to bring the sweaters out for.
A calm, soothing breeze.  A whisper.  A soft caress.
Barely even felt.
Phffooo… phfoooo…
It was August.  In Baghdad.
It was hot.
You could see the wind picking up the sand as you drove by.
Carefully.  Gently.  Like fragile dewdrops …
sand being lifted by tentative air…
Phoooo… phfooo..

scattered across the desert by the August wind.

A tale of two people.  Two cities.  Three… four… hundred… five-thousand.
All picked up by the surreptitious wind.
phfooo… phfooo….
like a spiral out of control in a Borges novel.
A labyrinth into another labyrinth.  A maze into a maze… endless cycles… life into life…
Death.
A Baghdad summer.
It was hot then.
I couldn’t believe the stories I heard.
“Do you know they brought AIDS to Iraq?  It’s an American conspiracy, I tell you.
An American conspiracy created in a lab.
Created in a lab to take over the world…“
phfooo…. phfooo…
“The bombing was a communist plot.
A communist plot, I tell you.
They’re all mad!”

“Why have children?  They only break your heart in the end…”

“These Westerners only want out oil.
That is all they are after… oil!”

“Love?  Love is the stuff of fools.
You can’t believe in love in this day and age…what do people know?
We are all fools…”

“I am a poet.  Well,
a poet underneath it all.
I work in a hotel.  A big hotel.  I carry luggage.
For Americans.  For foreigners.  For the White Man.
I am a porter in a hotel, but I am a poet, I tell you.
A poet.”
It is a hot August afternoon.
I am in a Baghdad tea shop at the end of the Book Market in the Old Town.
I am sipping tea.
It is August.
It is the book market where tired old souls go to tell stories.  To listen.  To gloat.
To remember a time gone by when their lives mattered.I am in a book market tea shop in Baghdad in the middle of August.
I am thirsty.He is fifty-years-old.  At least.  Fifty-five, maybe.  Nearly sixty.
He has carried more baggage than the stories he has hidden in his heart.  You can see it under his eyes.
He is a porter.  A carrier of luggage heavier than a Louis Vuitton trunk.”I am a poet, I tell you.  A poet!”
…phfooo…
His father was the ‘first modern novelist’ in Iraq.  Whatever that means.
The ‘first novelist.’  The first imaginative man?  The first one to pick up a pen since Elvis Presley sang about blue suede shoes?  The first one to picture a life beyond the sand dunes and the sand storms?  The first one to put himself past the mirage the desert summer has created in his head?
phfooo…

“We are a country dealing with our open wounds…”

“Maybe if I let it breathe, it will heal faster.”

Open wounds heal faster if they breathe, right?
Who knows.  It was August.  The desert was curling up in itself, and the heat was building mirages.I was in a tea shop in Baghdad, and the ceiling fan was cutting through the hot summer air, spinning tales as fast as tea leaves could brew.The caged bird sang.  It really did.  And even Maya Angelou wouldn’t have believed it.
But there it was – a green piddly little thing in a wooden prison above our heads.  Above the smoke.  Singing its heart out.
Phfooo…

Light my cigarette.  One puff and the world is at peace.  One puff.  And the summer tales unfold like the sands on a windy desert dune.  The castles it built in the air.  Oh, the spectacle.  The spectacle!  Broken hearts soldered like sand in the summer heat.

Iraq.
Soothing balm.
“A city without women is like a city without music.”
The porter said.  The poet, I mean.
His heart was heavy and he held it in the cup of his tea.
Iraqi tea.  Sweet and tangy.A city without women, indeed.
Sweet, and heavy.  You could slice it with a blink of an eye.  Lashes would slice through the wounded heat.  Heart.  I mean HEART.  Lashes would slash through the wound.
…phfooo…
“Come and tell me a story.”
My father put pen to paper.  My father put pen to paper and he was killed.
He was killed for creating lives where there were only ashes.
That is the tragedy of the desert.  That is the magic of the sand dunes.
The wind and the desert sun.
Healing comes in the morning.  If you let it.The wind.  The bird.  In a cage.  It doesn’t matter.
Brew the leaves and the future will be in the cup by day’s end.  What does it matter?
Truth is as steadfast as the August sands.
Phfooo… phfooo…
I am suffocating.  My heart is broken.  The wind is blowing.

It is August.  In Baghdad.  The bird is paralysed by the summer heat.