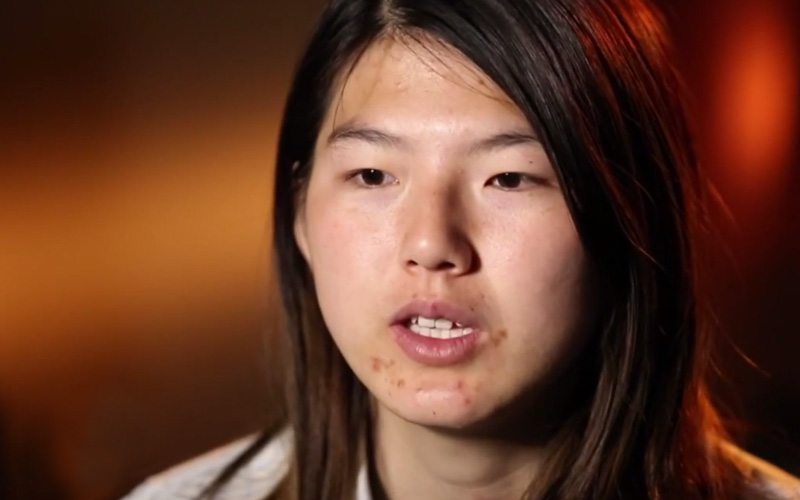 Li Tingting didn’t look worse for wear.  She was full of energy, and had a big smile on her face.  One would never guess she’d just been released by Chinese authorities after 37 days in custody.

“It’s so ridiculous.  Why were we arrested?”  the passionate 25-year old said, seemingly light-heartedly.

She was told her crime was ‘picking a quarrel and creating trouble’ — but she was detained before she’d even taken to the streets.

Li claims that all she planned to do was hand out pamphlets.  She laughed as she recalled it, as if she couldn’t believe the whole experience.

But this was China – and things like this, people will tell you, happen a lot.

Police came to Li’s home one evening with what she said were “blank warrants”.  They searched the place, then took her in for questioning.

The questioning – and her detention – lasted for over a month.

Li was working for an NGO that advocated for women’s rights.  They were planning activities to raise awareness for their cause.  As she saw it, there was nothing illegal about the campaign.

“Gender equality is in China’s basic law; it’s written into the constitution,” she says emphatically.  What irks her is that this “law” hasn’t translated into the reality of Chinese society today.

The NGO was shut down a few weeks after Li and four others were detained.

Li says the worse part of her detention was the psychological harassment.  Aside from insulting her, her interrogators insulted her parents, her friends, her partner, and her sexual orientation.  Every day, for hours on end.

“That means I’m still a suspect of crime.  For 12 months.  And they could still do things to me.  It’s still big trouble — and I don’t have full freedom yet.”

They also took her passport, and told her to stay home and not speak to journalists about her experience.

But the detention didn’t take away Li’s determination to be heard.

“I will not have them dictate my movements,” she said casually, almost as if it were a game.  A child speaking of too-strict parents.  They set the rules, and she pushes back to see how far they’ll let her go.

“See my shirt?” she pointed.  “It reads: ‘this is what a feminist looks like’,” she beamed.

Li wants people to see her.  To really look, and perchance, hear her message.  She is not ashamed, and as evidenced by her behavior while on bail – she will not be made to feel afraid.

“They haven’t stopped me yet,” she said triumphantly.

There will be no hiding in the shadows for Li Tingting.

And she knows that human rights advocates the world over are watching — hoping her optimism and bravado will not become casualties of certain ‘realities’ of Chinese society today.

*an earlier version was first published by Al Jazeera English.

About the Author:
Marga Ortigas is a media strategist with more than 25 years of experience in international broadcast journalism.