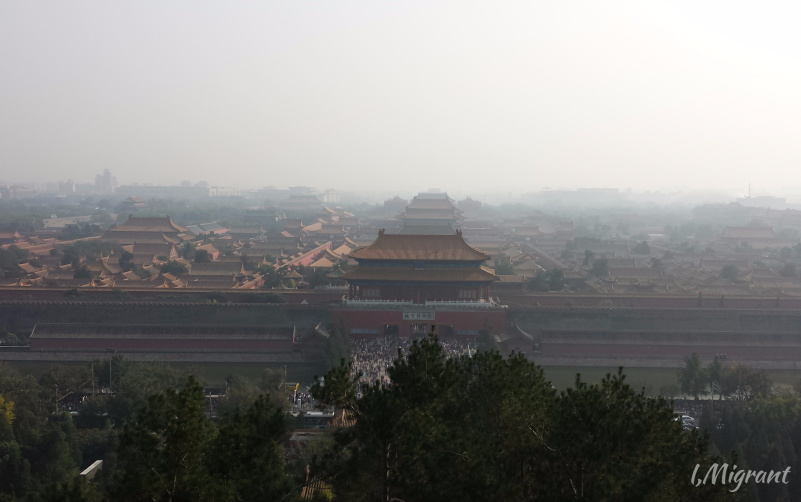 Samuél Vásquez Martín, aka Sami, was eventually offered what he saw as his ticket out of the drug-cartel-dominated world in Cali.

He agreed to learn Chinese to help one of the ‘jefes’ build legitimate business connections in China.  Courtesy of that ‘chief’, Sami studied the language for 6 months.  It opened up a whole new world.

“I made friends with the Chinese teachers and they encouraged me to apply to a school in Beijing, to learn more about the language and the culture.  I had never been outside Colombia; I couldn’t even speak English.”

But the entrepreneurial Sami didn’t let that stop him.  He was 28-years-old and decided this would help him set up his own business.  He would bring Chinese goods to Colombia.

Again courtesy of the jefe, Sami flew from Cali to Bogotá, from Bogotá to Panama, and from there, to Cuba.

“They put me through the X-ray machine twice in Havana because they were convinced I had drugs on me from Colombia.  When they realised I didn’t have any, they asked me for money because their situation was so bad in Cuba!”

After an over-night stop in Havana, Sami got on an Aeroflot flight to a military airport in Russia.

“Where they spoke to me in English, and I understood nothing,” he recalled.  “I waited at that airport for 8 hours.”

Then, finally, it was on to Beijing.

“I saw a big black cloud as we were coming in to land, and I thought – this is where I am going to live?!”

Nothing about Beijing met his expectations.

“I really thought everyone would be on bicycles and wearing Mao jackets.  Instead – there were sports cars and rappers and boom boxes and clubs!  It was not the China of my imagination.” Beijing.  One of the world’s most populous capitals with nearly 22 million people.  It’s China’s cultural, political, and educational centre.  The city is often choked in industrial pollution which includes particles linked to lung cancer and strokes.  China is also a global hub in the illicit drug trade, a top provider of chemicals used in the production of meth.  (Source: U.S. State Dept.)

It was almost midnight by the time Sami found a place to live.  After trying all sorts of other options, he managed to contact a friend of his language teacher in Colombia, and she brought him to a ‘boarding house‘.

“The kitchen had been turned into a bedroom,” Sami recalled, “and I had to share the place with 8 Chinese guys.  It was a mess, very dirty.  There were babies screaming, and the power would switch off and on.  The windows had holes, so it was freezing in the winter.  That first night – I cried until morning.”

Sami’s face once again clouded over with the memories and you could almost see him shiver from the remembered cold.

He took a sip of his now tepid coffee.

“You know, every day I could only make myself a sandwich.  I would eat half in the morning, and the other half at night.  I’d wake up starving at 2 or 3a.m. and I wished time would fly to 6 o’clock so I could eat one of the halves.”

He spoke, again, without bitterness or shame.

“It makes you tough, and teaches you to appreciate things,” he said of his early days in Beijing.  “It made me want to do my best in school so I could get the heck out of there and back to Colombia.”

But it wasn’t Colombia he went to next.

Sami ended up in business with some ‘people from Hong Kong’ who wanted a container of televisions shipped to South America.  “Seems everyone was wanting to find a way to clean their money, to clean themselves.”  It was just one of many jobs Sami found himself doing while in China.

“In that kind of world, you really need to be tough to maintain who you are.”  And as he learned in Cali, you need to do whatever it takes to survive.

A Psalm of Hope

“I knew she was the one,” he said, a smile easily breaking over his face.

As fate would have it, Grace – who is Chinese – spoke Spanish.  She worked for a Latin American company, and she taught Sami how to speak English.

Eventually, Sami del Samwich got a job translating documents for a Chinese oil company with projects in South America.

But his journey doesn’t end there.

After 5 years in Beijing, with Grace by his side, it was time to move again.