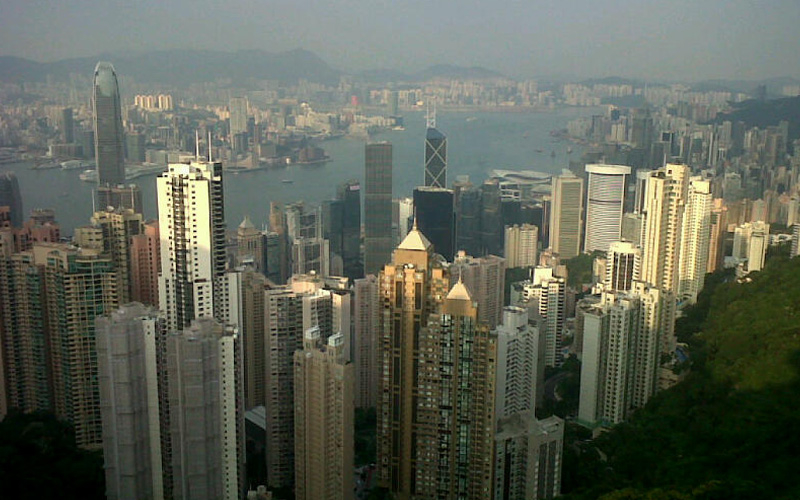 “I find Hong Kong has changed.”

It’s the first thing voter Peter Tsai said as he came out of the polling station: “It is no longer fair, and everything is so confusing.”  He explained that, unlike many others who had grown too disillusioned to bother, he felt compelled to cast his ballot for the Legislative Council elections because it was “the only thing” he could do to be “heard” above the din of shared, but dissonant, discontentment.

There was a hint of sadness in Tsai’s smile as he walked away: Hong Kong is a very different city now to what it used to be.

Sure, the streets have always buzzed with life, but now, walking down them can indeed feel akin to being inside a hornet’s nest.  There is buzzing all around you, but it is no longer simply the vibrant, cosmopolitan, frenetic energy of a thriving metropolis.  This time, it’s more… uneasy.  There’s an underlying nervous tension slowly weaving through the city, trapping residents in the strain of its vibration.  Like being caught between taut guitar strings that have just been strummed ever so gently.  With a fear that they could snap.

People here used to feel the sky was the limit, now, they’re just feeling limited.  As if their control over their own destiny is slipping through their fingers.  As if someone else is now conducting the rhythm to which they are being asked to march.

It’s been called “collective anxiety”.  And judging by the record number of demonstrations there have been here over the last two years, (reaching in the thousands), that sounds about fair.

Protests against a controversial National Education programme have just wound down.  Every night for the last week, tens of thousands gathered in front of the government’s central office in support of around a dozen hunger strikers calling for the plan to be scrapped.  They believed these classes in “patriotism” were geared to eventually instil what they saw as Beijing’s “communist propaganda” in younger generations.  To assimilate them more easily into the “mainland collective”.

“They want to get to them when they are young,” one Hong Kong resident said.  “You know what these communists are like – they believe they have all the time in the world, so they plan ahead.  They plant roots and are in no rush.  This is all carefully mapped out.”

The government backed down on the eve of the elections, passing the onus to schools – saying it would now be up to each institution to decide if, and how, to teach the classes.  But many residents remain sceptical of the government’s true intentions, feeling the turn-around was only announced so as not to repel voters from supporting pro-Beijing candidates in the local polls.

As far as a large percentage of Hong Kongers are concerned, there are already too many pro-Beijing politicians as it is.

But KC Leung, the principal of one of the only schools that might still push through with the programme, believes there is nothing wrong with teaching students to love their country.  That this serves the city’s democratic principles.  “How you define a nation must go beyond politics,” he explained.  “We are Chinese.  This is our country, no matter who is in charge.”  As far as Leung is concerned, it is an educator’s duty to open the mind and show it all of life’s different shades.  Only then can a pupil make his own decisions.

“There is no one direction,” Keith Yau, a primary teacher in Leung’s school added.  “The goal should not be to brainwash.”  Not to teach them what to think, but how.

Though technically “resolved”, the drama over the “patriotism classes” and the saga of these current elections are just two of the many manifestations of a deeper dis-ease.  Hong Kong is struggling to hold on to its identity as a semi-democratic, capitalist community in the face of an encroaching spectre of socialism.

“We must help the children understand,” Yau reiterated.  Many of the students in his class personify the dichotomy of Hong Kong: their parents are migrants from mainland China who still take them back there on frequent visits.  “They already ask why the two places are very different,” Yau shared.  Bright, wide-eyed faces looked up at him oblivious to the turmoil around them.

“We must help the children understand.”