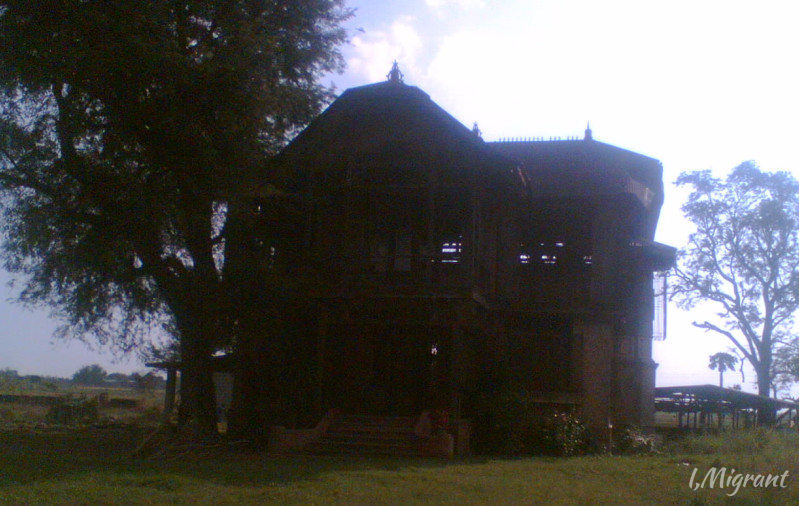 Dressed in her Sunday best, eighty-six-year-old Hilaria Bustamante stood by the roadside waiting with a warm, friendly smile on her face.  The tiny woman was leaning on a cane this time, but she still had the bearing and the countenance of a comforting grandmother just wanting to sweep you into a hug.

She was our “welcome back” to Grandmother’s House.

Since our last visit, the under-funded NGO that’s helping women like Hilaria Bustamante, moved to a different address.  But I would recognise Lola (Grandma) Hilaria anywhere.  She’s one of hundreds of unforgettable women who say they’d been forced into sexual slavery by Japanese soldiers during World War 2.

I was so glad to see her again.

Many of the other lolas like her – known as “comfort women” — had passed away by now.  Died without getting the justice they had fought years for.  Their entire lives held prisoner by a horrific past that was not their fault.

Lola Hilaria led us into the house where seven other women like her were gathered for this special day: they were expecting visitors from abroad who were coming just to meet them.  And they graciously let us share in the experience.

We first met these lolas in 2007.  Then, they were in the midst of taking their cause to any legal and political venue that would grant them an audience.  Now, they say every court and international committee seemed to have passed on their appeal for reparation.  It was a time of “war”, they’ve been told, and such reprehensible actions are ostensibly unavoidable.

But they haven’t given up the fight.  The comfort women’s stories are collated in endless folders stacked together at Grandmother’s House for anyone to read. Their photos are hung across the run-down walls.  The only comfort they have been offered has come from private Japanese citizens – but that alone is not the justice they seek.  Japan hasn’t offered them the official apology they so desire, but what pains them most is that they aren’t even acknowledged in history books.  They fear that such disregard will only lead to similar violations being repeated against others in the future.

Eighty-five-year old Lola Pilar Frias wrote a song about their wartime suffering.  And she was just as eloquent now as in 2007.  She had even written another song.  An almost light-hearted, sarcastic ditty about the long wait for compensation.

But there was no hiding the anguish behind it.

The anguish was also still evident in the women of Mapanique, Pampanga.  Eighty of them were raped in a single night by Japanese soldiers.

Eighty-one-year-old Lita Vinuya willingly recounted the story.  At least, she says, she survived to tell the tale.

“Many lost their minds, many died, and many did not recover from fear…”

“Look how well Japan has recovered since the war!” she told us.  “Surely they can afford to spare us a little bit of compensation.”

But Lola Lita says she and others like her were told they their suffering didn’t count because they were released after 24 hours.  That besides, again, it was a time of war.

The point these Lolas want made, though, is that there is never an excuse for man’s inhumanity to man.

This time, I wanted to make sure I had a memento of each of the Lolas I met.  I took individual photos of them on my mobile phone – hoping to share it with others on the internet.  But such is the disrespectfulness of technology — my 21st century gadget crashed and erased every single picture I had taken.  It’s the one file on my phone that had pained me to lose.  I tried everything to get it back – to no avail.

But we share with you these videos, these memories momentarily captured and frozen, hopefully, forever.

I realise now there is no way to erase the mark meeting these women has made on me.

Those of us who haven’t lived through such pain ourselves can only honour them by bearing belated witness – and I pray that, at least, in that, we have been able to do them some justice.

UPDATE: Lola Pilar Frias has since passed away, without getting the justice from Japan she fought for.

This was first published by Al Jazeera English.